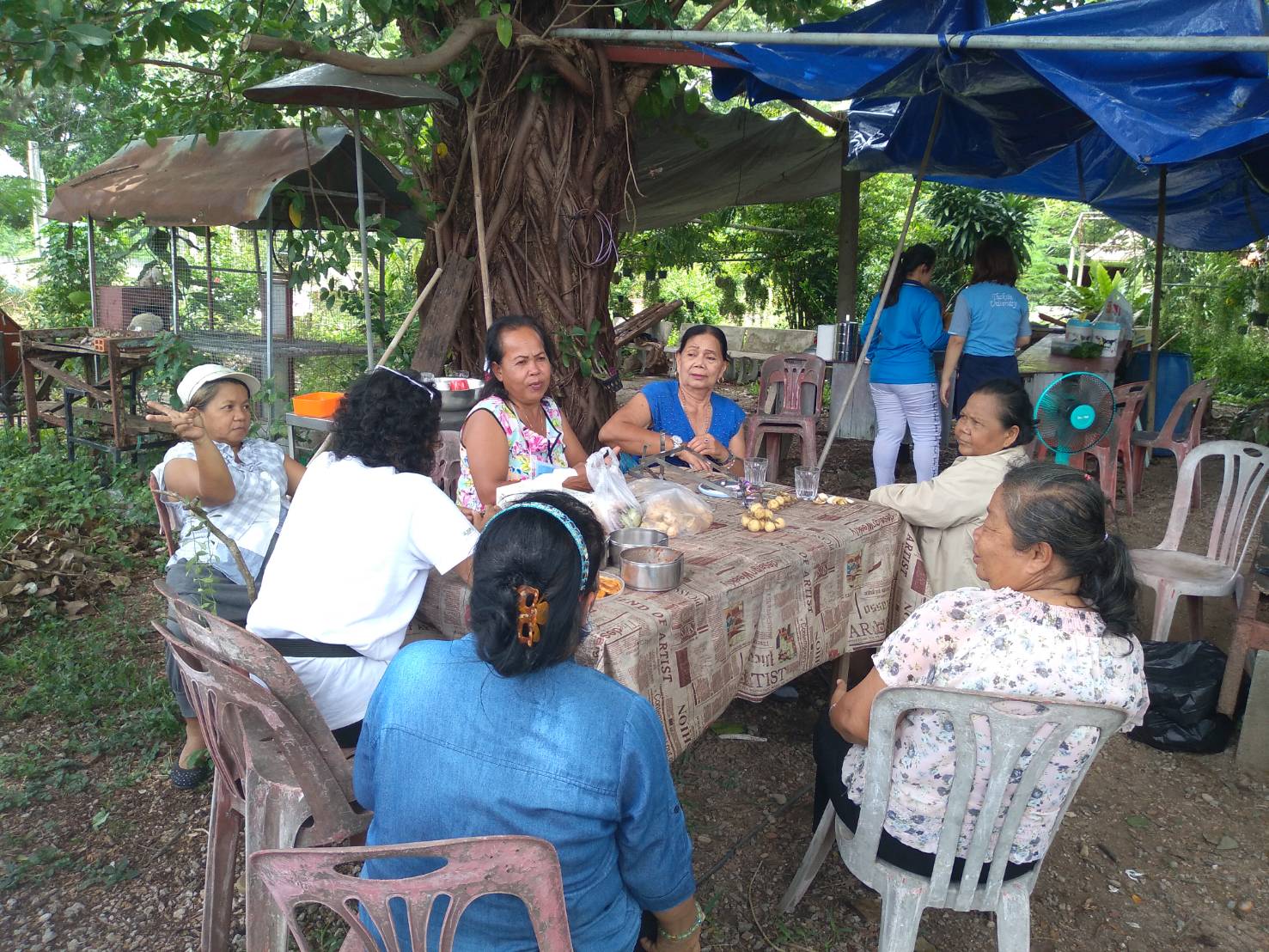 Every morning, a group of women in Boyang informal settlement in Songkhla city prepares, cooks and packs food into ‘pinto’ (traditional stacked-containers) which are later collected by community members in need who have been impacted by Covid-19 restrictions and lockdowns. For those bedridden with disability and illness, pinto is hand-delivered by volunteers.

The women determine how much food is needed every day by using a self-organized inventory of families and individuals who have lost daily income or been made unemployed. Raw food supplies are donated through a self-formed community centre which was established pre-Covid to support the poorest and marginalized members within the informal settlement. The pandemic has created a new mission for the centre to ensure the right to adequate food for all. 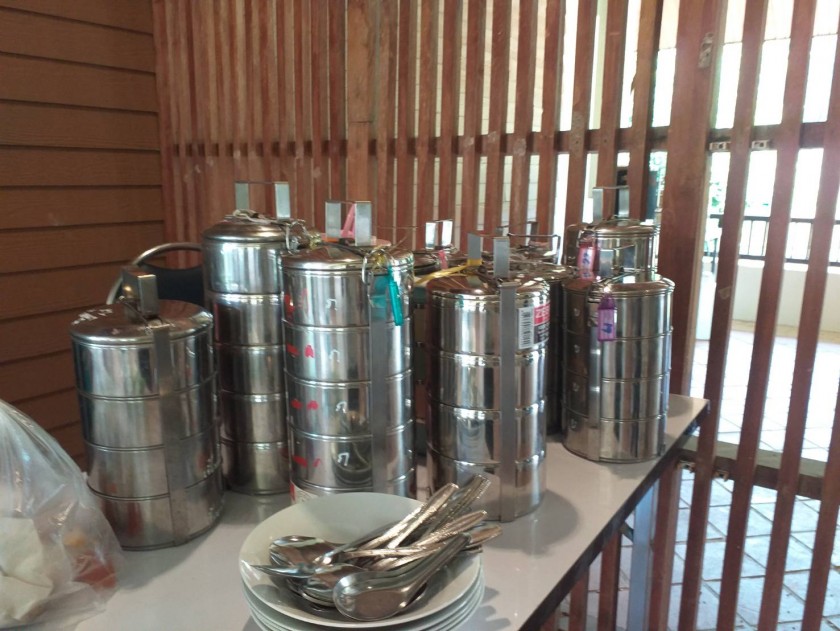 The story of Boyang informal settlement in a southern Thai city is an inspiration for coping with the economic hardship induced by the global pandemic through collaborative and self-organised community networks. The stories of poor and vulnerable communities are often overlooked; with many excluded and marginalized by various state welfare and financial assistance systems.

While the Thai government was internationally praised for its performance in containing the infections during the first wave, state-led responses and economic relief measures raised concerns about social inequalities and vulnerabilities of local community groups. Fiscal stimulus packages worth USD 76.2 billion were quickly approved to support households, businesses, and those at risk of unemployment. However, despite sizeable financial assistance and stimulus packages, it was estimated that around 11.4 million households were likely to fall into poverty by the end of 2020. The National Economic and Social Development Council (NESDC) also identified some 8.4 million workers, mostly in the tourism and service sectors, who would lose employment and income.

The World Bank estimate that economic insecurity of those living below USD 5.5 per day would double from 4.7 million people to 7.8 million as a consequence of Covid-related restrictions. This has had a disproportionate impact on those working in the informal economy, who account for 55.7 percent of the overall labour force in the country. Predominantly women, many are pushed over the poverty threshold as they have lost lose daily income. Another group, migrant workers, has also been badly affected by the economic disruption of Covid-19 (as of December 2019, most of the 3 million migrant workers in Thailand were excluded from labour laws and social protection). 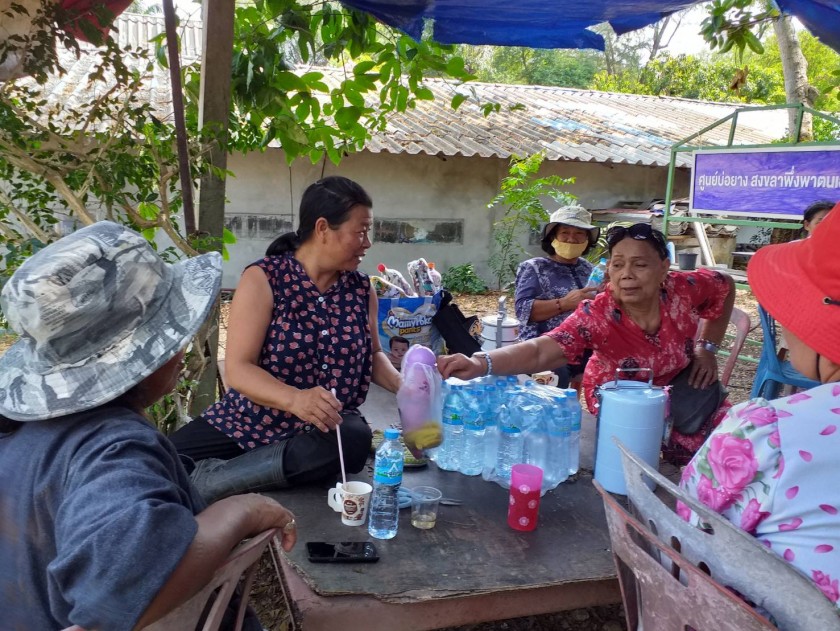 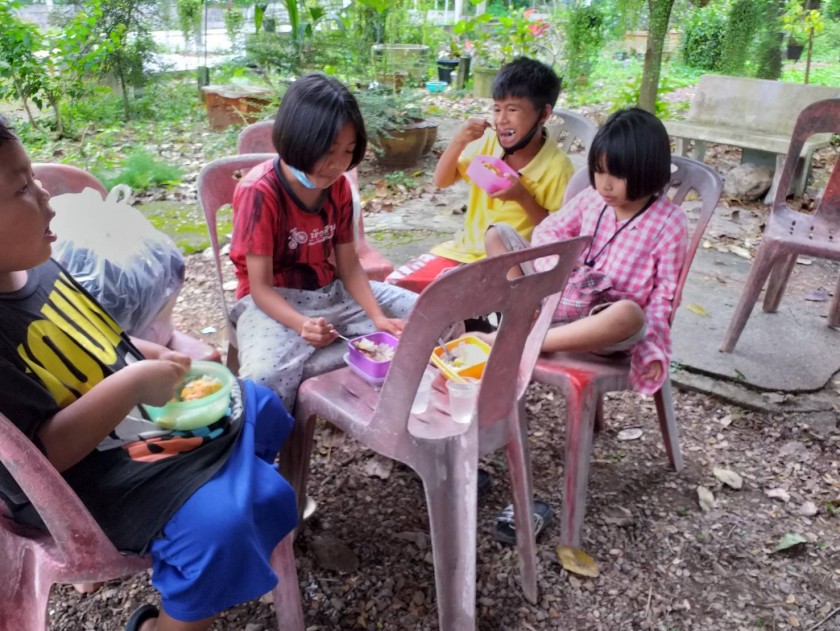 In response to the economic struggles, the government developed and approved a special Master Plan for 2021-2022 under the legally binding National Strategy to reform the economic structure and development pathways towards Thailand 4.0. By adopting the concept of resilience, defined as ‘get up quickly after the fall’ (ล้มแล้วลุกไว), the New Normal policy has four development strategies featuring coping, adaptation and transformation frameworks to achieve the resilience goal. Despite the policy vision of improving the lives of the poor and vulnerable groups, the strategic plan begs the questions of resilience to what and resilience for whom.

The unprecedented global pandemic has led to the widespread public use of the term ‘resilience’. As an English word, resilience denotes the ability or capacity to recover quickly or spring back into shape. As a concept, resilience has become so popular in policy making, and has many confusing definitions depending on the disciplines, from psychology, engineering, ecology, disaster to climate change. It is important to note that in practice, ‘bounce back quickly’ and ‘build back better’ are not the same.

The resilience concept applied in different contexts means different things to different people. For societies, building or strengthening resilience is an on-going process, not an end product. To become more resilient, local communities must have the ability to endure in the face of stresses, disruption, and uncertainty and the capacity to learn and adapt to future shocks. But to do so, all community groups, including marginalized groups such as migrant workers and those working in the informal economy, must have equitable access to services of healthcare, education, and critical systems and infrastructure for housing, water, food, energy and transportation.

To enhance social resilience to uncertain shocks such as global pandemic outbreaks, economic recessions, or the impact of climate extremes, the cities in which communities live must be more inclusive and equitable. This means critical urban systems and infrastructure must not only be able to withstand a range of disturbances without losing their key functions, but must also be adequately and equitably accessible by all community groups. More importantly, local communities must have the opportunity to shape the cities they live in through democratic, participatory planning processes. For many informal settlements like the Boyang community, land tenure security and adequate housing with services are basic pre-requisites to lifting themselves out of poverty.

The Covid-19 pandemic, and past crises such as the 2011 flood disaster, have exposed the underlying causes of societal vulnerabilities and inequalities. While the impacts of such events are felt unevenly, knee-jerk responses by decision makers without addressing the root causes can inadvertently exacerbate existing and emerging social and environmental issues. Building resilience; be it social, urban or economic resilience; also means having the ability to learn from past experiences and the capacity to do things better, and to better plan and prepare for the next disruption.

To demonstrate that the government is ‘leaving no one behind’, policies must be centred around inclusiveness and equitability by explicitly asking the questions of ‘resilience to what’ and ‘for whom’; encouraging the involvement of all community groups in the co-design and implementation of resilience actions and capacity building.

Author: Dr. Pakamas Thinphanga Pakamas has been working in the field of urban climate resilience for over ten years. She is currently leading the Strengthening Urban Climate Governance in Thailand Project at Thailand Environment Institute, funded by the European Union, and is a Co-investigator of the Transforming Political Capabilities for Equitable Resilience Project, led by University of York, in partnership with Chiang Mai University, supported by the UK Global Challenges Research Fund.
All photos taken by Boonbangon Chanachote