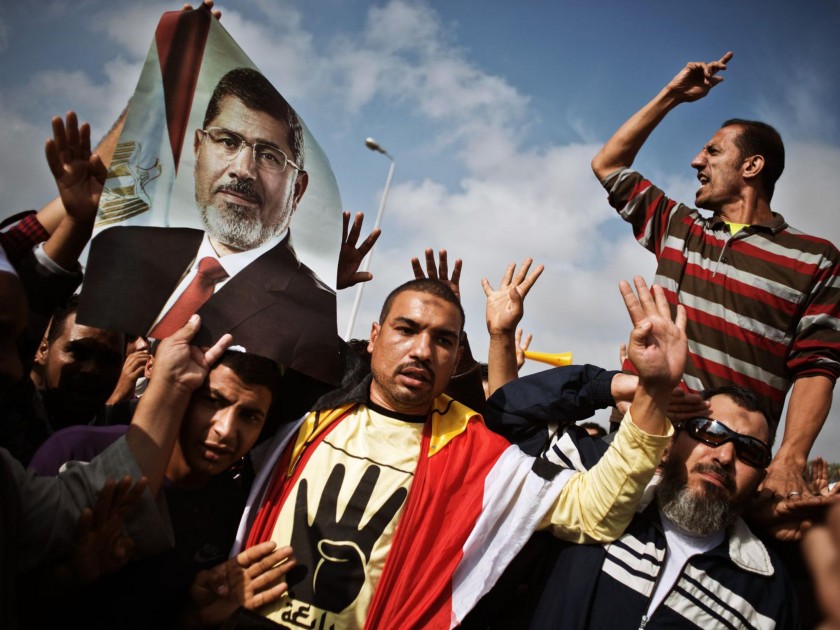 This book is a meticulously researched and theoretically informed study of the organi­zational dynamics of Egypt’s leading Islamist organization. Drawing upon a broad literature linking sociology, political science and history, al-Anani focus­es on the ways in which political repression can serve as a source of internal co­hesion rather than fragmentation. In so doing, he argues that previous studies have focused far too much on the relationship between external shifts such as political repression and political behavior. By contrast, al-Anani suggests that in order to comprehend the Brotherhood as a social movement, scholars must examine how political repression and opportunities shape the organization itself. 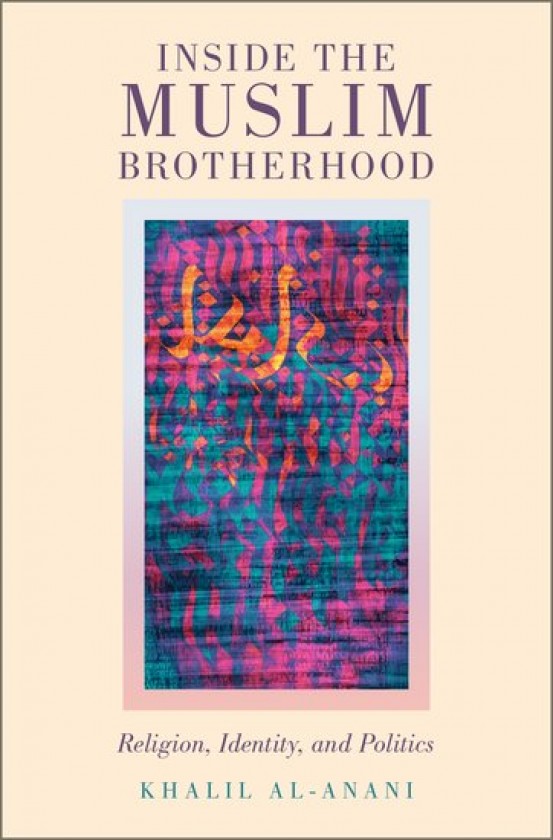 al-Anani introduced the approach and to previous studies of general Islamist movements in chapter 1 and 2. al-Anani argues that

“The internal workings of the Brotherhood impact…external processes,” and in so doing, help to de­termine the organization’s methods of “political activism, provision of social services, and electoral participation” (p.33).

Chapter 3 and 4 are about theoretical framework of social constructivism and apply it to the “Jamaʿa paradigm” pioneered by the organization’s founder, Hasan al-Banna (1949). al-Anani explores the processes by which the Brotherhood constructs a collec­tive Islamic identity while arguing that “Islamists are not merely power seekers; they are also identity makers….[who] seek to make societal values and norms more Islamic” (p.34).  He studies the social world of Islamist activism by examining the demands and details of interpenetrating models of Islamist practice and to see ethical self-cultivation or obedience to the Brotherhood’s leadership.

Chapter 5 and 6 outline the Brotherhood’s recruitment and mobilization strategies, and its methods of consolidating group identity. Via a graduated recruitment structure, the Muslim Brotherhood facilitates “in­doctrination,” which “enables the movement to implant its set of norms and regulations within the mindset of the new members.” In this process, al-Anani foregrounds the importance of “social networks of friends, kinship, and neigh­bors”. These daily interactions, in turn, undergird a social world in which identification – and specific models of political allegiance, ideological preference, and religiosity – are reproduced. By utilizing diverse forms of ideo­logical transmission aimed at exposing newcomers to the Brotherhood’s core tenets, strengthening the commitment of new participants, or furthering the education of long-time members, the Brotherhood has built a cohesive and ideologically coherent movement.

Chapter 7 examines the Brotherhood’s incubation model and chapter 8 highlights the concept of “Ikhwanism,” which is central to bridging orga­nizational structure and ideological unity. Anani suggests that the Brotherhood has a “complex organizational structure,” which is a reality that has significant political implications. Detractors of the organization, including academic crit­ics in Egypt, often depict this complexity as akin to authoritarianism, if not similar to a cult. While al-Anani does not shy away from the coercive aspects of the Brotherhood’s internal organization, he is primarily concerned with asking questions and describing tensions that define the organization’s contracitions. The code of Ikhwanism, in turn, represents a “unique subculture [that] plays a fundamental role in articulating the Brotherhood’s identity and delineat[ing] its character and practices.” Far from an ideology that separates its ad­herents from the broader world, “being an Ikhwani” does not mean that one cannot work as a lawyer, doctor, or teacher”.

In chapter 8 and the conclusion, he explores relationship between organi­zational structure, ideology, and regime-sponsored repression. He argues that

“Contrary to conventional wisdom, which assumes political actors have little space within an authoritari­an environment, the Brotherhood…dealt with repression as a tool, not a threat, [and, in so doing], can bind together its members and foster their allegiance and solidarity” (p.135).

He would like to show that the conservative wing of the Brotherhood ascended the reformist wing following the death of the third General Guide, Umar al-Tilmisani in 1986. In this case, it is repression of losing the General and it brought the member together in solidarity. Moreover, al-Anani also shows how the Brotherhood organization employ different tactics at different circumstances. By doing this, he helps casts light on both the internal dynamics of the Muslim Brother­hood and what it means to take part in the organization. However, because he put focus on the unique organization: “unique and distinctive identity”, its “unique outreach and recruitment tactics,” or its “unique pattern of identity”, it is not enough to assert why this Brotherhood succeeded and leftists failed.

Even though, a central component of this book’s argument is that the Brotherhood’s project of tarbiyya is key to understanding its organizational success (p.112), tarbiyya cannot be studied in isolation. Tarbiyya of the Brotherhood’s model are shaped by nationalist education efforts spearheaded by the Ministry of Educa­tion while Muslim Brothers might not acknowledge the influence of such religion projects. For example, Ministry of Endowments, the Minis­try of Education, and other Salafi organizations (most notably Ansar al-Sunna al-Muhamadiyya and the Jamʿiyya Sharʿiyya) are also trying to operate in religion projects alongside the Brotherhood organization. So, al-Anani should have provided more answer on how and why the Brotherhood manages the religious appeal.

Despite these few critiques, Inside the Muslim Brotherhood is a valuable con­tribution to the study of Islamist movements in general, and the Muslim Broth­erhood in particular. Al-Anani’s combination of theoretical and ethnographic depth not only provides answers to key questions, it also presents a valuable agenda for future research.

The Brotherhood’s Organization, Structure, and Ideology

Ikhwanism: The Brotherhood’s Code of Identity

Ikhwanism as a “Frame” of Identity

Institutionalization of Ikhwanismin the Brotherhood

It is usual that Ideological social movements have a complex and disciplined organization. To address this complexity, the organization tries to institutionalize and routinize the movement movement’s norms and regulations among members by using bylaws and internal charter. These norms and regulations provide a cognitive map that can preserve the movement from internal cleavages and external infiltration. According to Melucci, institutionalizing norms is crucial to maintaining a movement’s coherence and integration. Because the Brotherhood operates in a hostile environment, they strongly need an effective organizational structure.  The movement could be maintained because of the institutionalizing the norms of allegiance, obedience, trust, commitment, and loyalty. Socialization (tarbiyya) is another important mechanism for institutionalizing ikhwanism. Many members whom they interviewed said that they exemplify the Brotherhood’s norms and values in their behavior and everyday practices. They act as a dedicated member (ikwan), not as individual.

It can be concluded that these social norms, values, and practices is the Brotherhood’s strategic goal. It guarantees their commitment and loyalty to the organization as well as only to ensure the Islamization of members’ identity. This influences their worldview and attitudes. It is not the ideology but the organizational structure that could connect them with the leadership and their fellow members. Over time, they internalized ikhwanization as their social reality because it has become their everyday life.

Ikhwanism intertwines the norms of allegiance (bay’a), obedience (ta’a), trust (thiqa), commitment (iltizam), and loyalty (intima), which dominate the thoughts and actions of members and guide them in their everyday lives. These internalized norms have played a crucial role in allowing the Brotherhood to preserve its internal coherence and avoid fragmentation, even in the chaotic events in recent decades.