In the field of China study, ethnic groups are always being investigated in the discipline of anthropology, ethnology or history. There is no scholarship examined those politically active minorities from an aspect of politics. The author built up a comparative framework between minorities in China and their international kin with or without their support from cultural, economic and political aspects. 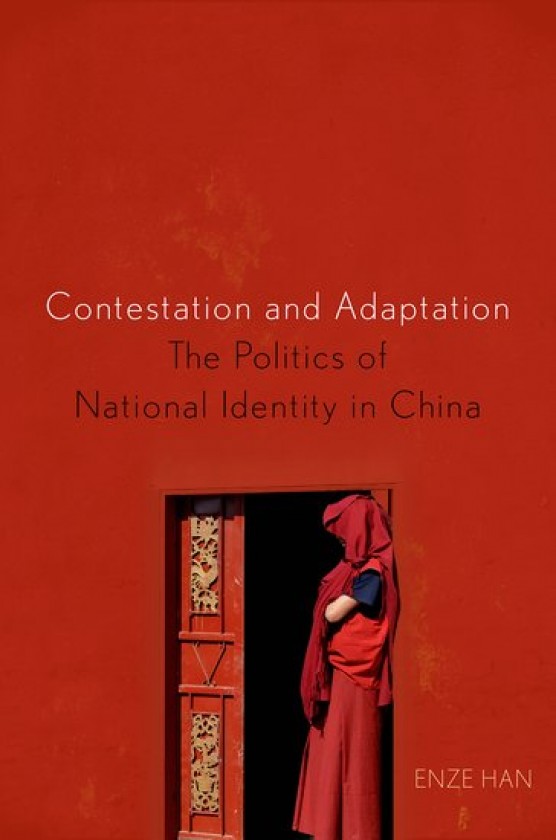 The author introduced two riots happened in Xinjiang and Tibet in 2008 and 2009 as the opening words according to which CCP’s nation-building policies seems to be failed. However, these two most politically active ethnic group only take small part of the whole ethnic groups. Other groups highly acculturated or even assimilated to the majority Han Chinese society during the past century. So the author asked:

This book aims to unravel the complex stories of national identity contestation and adaptation among various ethnic groups in China. The first chapter introduced the theory foundation and comparative literature review on ethnicity and nationalism of this book. The author also presented his own theory configuration based on his field research. The second chapter pictured the politics of Chinese nation building in the clue of historical development, focused on PRC period, especially policies conducted by CCP indifferent periods, from Mao to Deng and also contemporary. Chapter three to six examined four ethnic groups in sequence: Uyghurs, Chinese Koreans, Mongols, and Dai. The author investigated each ethnic minority in their religion, education, economic development policies, demographic change, political repression, national identity contestation, external factors in making their national identity and also Chinese governmental national politics during different time.

The author divided minority groups in China into 2 kinds, one is without international kin cross the border, like Bai, Buyi, Dong; the other one lives in China’s peripheral areas and have ethnic similarity with their international kin, such as Uyghers, Chinese Koreans, Mongols and Dai, which are the subject ethnic minorities of Han’s research. According to Han (see the following table), there arefive theoretical configurations for the likelihood of ethnic group national identity contestation and adaption:

Configuration 1: If an ethnic group’s external cultural ties reveal better living conditions and life opportunities and the group also receives external support for the cause, then this group is likely to politically mobilize for national identity contestation. Like the case of Tibet and Xinjiang Uyghurs. Since the “international factors enjoyed the crucial role in the politicization and sustenance of the Tibetan resistance movements against the Chinese state during the past six decades”, and Turkey, the former Soviet Union and contemporary Uyghur diaspora in the West all offered a better alternative for the Uyghurs in the political, economic, and cultural realms than China has. These two minorities have been always politically most active.

Configuration 2: If an ethnic group’s external cultural ties reveal better living conditions and life opportunities and the group does not receive external support for the cause, then this group is likely to either emigrate to where its external cultural ties are or adapt to the conditions within the current state. Like the case the author studied, Chinese Koreans (The Joseonjok), the more prosperous South Korean lured tens of thousands of Chinese Korean emigrated to South Korea or migrated to big cities worked for South Korean business concerns in China.

Configuration 3: If an ethnic group’s external cultural ties show worse living conditions and life opportunities, and somehow the group still receives a certain amount of external support for the cause, then this group is likely to either maintain a low-intensity national identity contestation or adapt to the conditions within the current state. Like Mongols’ case, although Mongols in China witnessed that their kinship received better political and cultural life in Mongolia but from economic part, they have lagged far behind the PRC. Inner Mongolians would rather keep certain cultural autonomy within the Chinese national framework even when they received external support.

Configuration 4: If an ethnic group’s external cultural ties show worse living conditions and life opportunities, and the group does not receive external support for the cause, then this group is likely to either keep the current status quo or be willing to assimilate into the current national identity. Like Dai people, living in Southwest of China, with their international kin Laos and Burma of which worse living condition is obvious for them. And also they didn’t receive any external support. Generally the Dai have accepted being part of the Chinese nation-state.

Configuration 5: For ethnic groups without external cultural ties, the group is likely to either keep the current status quo or be willing to assimilate into the current national identity. There are 9 ethnic groups the author listed in such situation, like the Bai which is highly assimilated to the Han majority.

Han collected the data for this book from four provinces of China, Yunnan, Inner Mongolia, Yanbian and Xinjiang, the main cities in these four provinces are: Jinghong, Hohhot, Yanji, and Urumqi and Kashgar, the field world conducted in summers of 2006 and 2007, February to August of 2008 in different places. Data was in the form of official documents, interviews with government officers, and interviews with local ethnic minority people. Han also carried out interviews by using open-ended questionnaire. In Xinjiang, he interviewed not only officers, but also academics and Uyghur youths.

During the process of Chinese national building, Tibet and Xinjiang Uyghurs are always the most politically active. Because of the strong national identity contestation there are numerous conflicts between the local Han people and Uyghurs and Tibetans, and also between Local Uyghurs and Tibetans and the government. While other ethnic groups have no so strong contestation but different level of adaptation. The author gave out the political reasons why they’ve acted so different, i.e external factors which can politically motivated their national identity contestation with them better living conditions and sometimes support, or on the contrary, the worse condition cannot have the same effect on this issue. The theory context of the book the comparison theories in the discipline of Social psychology and politics.

The author employed the comparison theory and concluded that comparison often occurs between people who are similar in certain dimensions. So the author made his comparison between ethnic minorities in China and their international kin in other countries and built his own predictions for ethnic group national identity contestation and adaptation, which well explained the real situation in China within four ethnic groups with their “bargaining model”.

The first configuration, better alternative and external support in Xinjiang Uyghur, they have the perception of better alternative. Because the history reason, Xinjiang still looked toward Central Asia for economic and political inspiration. The former Soviet Union, as the superpower, played a significant role in shaping Uyghurs’ perception of modernity and their inspiration of self-determination. And also turkey has remained a symbol of Turkic nationalism and a role model of modernity in Turkic and Islam world for its embrace of western liberalism and democracy. All these countries were much way ahead of China and Xinjiang in terms of economic development in a very long time. And also some famous Uyghurs also propagated the “very bad” condition of Xinjiang Uyghurs. So Xinjiang have received support from the Soviet Union and Turkey, and also the third type of support, the Uyghur diaspora community in Central Asia and West since 1980s. The current Uyghur diaspora organization is the World Uyghur Congress (wuc) which actively mobilize and sustain the Uyhgurs’ national identity contestation movements in Xinjiang, together with The U.S and Europe’s ongoing hearings to Xinjiang, discussion about Xinjiang, funding Uyghur-language radio through “Radio Free Asia”, attacking politicians of China and so on.

Tibet issue is in the similar situation in the very long term of conflicts in history. Especially Dalai Lama, supported by the U.S and India, engineered the 2008 protest movements and received a Congressional Gold Medal by the U.S Congress in 2007 to make the local people feel they could obtain more international support. From 1987 and 2008, initial protests by monks were partially inspired by the highly visible trips made by the Dalai Lama to American congress.

The second one, better alternative but no support in Yanbian. Chinese Korean jumped on the bandwagon of South Korea’s prosperous economic development after the reopen of China. With the Korea business investigating heavily in China along the coat, there have also been large waves of migration of Joseonjok to coastal big cities. During the migration, there also some trouble between them, dissatisfied marriage because of too strong patriarchal society, undated information from North Korean, and the most important reason is lack of external support, Chinese Korean chose to adaptate, they even have their own discourse about the relationship between them China “father land” and their Korea “Motherland”

The author analysis the Mongols and the Dai cases to identify his theoretical framework. Both with the comparison of worse living condition. But in inner Mongols, they’ve been received cultural support. So they chose resistance against to Sinification but no movements to contest the Chinese national identity (not yet at least). While in Xishuangbanna, there is nothing support, so they totally adapted into Chinese national identity.

From the rebel of Tibetan and Uyghurs and also other Chinese politics towards ethnic group development, it is obvious that the political hegemony position of CCP could not be fluctuated. This is the foundation of country building and also diplomatic policies. They can tolerate ethnic cultural presentation but not political motivation.

If we apply the author’s theory configuration in the case of “international Chinese promotion” we will find that the Chinese ethnic group in different Mekong river countries have different identity contestation and adaptation situation from what the author declared because almost all of them observed better “imagined alternative” in mainland China, while inly Thailand warmly welcome the program. Especially in Vietnam, such kind of Chinese promotion was rather antipathy among Chinese Ethnic group sometimes. But of course, the author made it very clear that his theory configuration is too ideal for the whole ethnic issue in broader context, he said maybe it can only be used to explain the 4 cases that he analyzed in his book. However, it is not saying that his theory configuration is without any valid because comparison is broadly existed in human society. In the case of Thailand, we can see a part of proof and its explanation power. Chinese ethnic population takes nearly 20% (and much higher ratio if count cultural ethnic group), as the rise of China, they noticed the “better alternative”, and received cultural support from Chinese promotion program, so “being an ethnic group member in Thailand is not bad” push them readapted to Mainland Chinese culture. At least we can consider the comparison as one of the reasons that the prosperous of Chinese promotion program in Thailand.