The author dissected tea ceremony in Japan in all aspects. She firstly introduced the process of tea ceremony, including the spaces (personal space and physical space), objects, for instances, the utensils and their symbolic meanings and performances which is far more complicated than just finish a series of movements. Within this ceremony, a delicate interplay of distinction, differentiation, and specification watermarks Japanese. The author then goes for digging the origins, history development and politicization of tea ceremony. Within the tea world, she also explored the iemoto system of tea kingdom, which is the legitimate hierarchy, and how those tea monarchs lead their fellows to promote Japaneseness, evoke nationalism and enact patriotism. 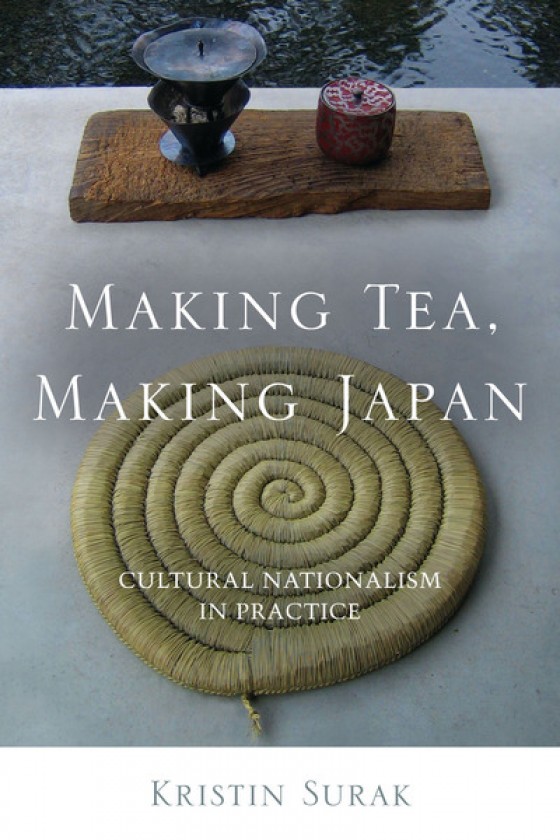 The author problematized the relationship between culture and nationalism. “How do mundane cultural practices come to--and continue to--support national imaginings, giving meaning and concrete expression to something as abstract as "the nation"? This book examines the Japanese tea ceremony as a productive site for unravelling the multiplex relations among culture, ethnicity, and nationalism. She also tried to answer these questions:

Early studies often took for granted a view of the world in which identity, culture, and community were neatly coherent and clearly boundaried. While constructivists hold the view of ethnicity as a fundamentally relational process of boundary negotiation. Especially Fredrik Barth, with his contribution of the interactional, processual, situational, and relational formulations, it has become a truism that ethnicity stem from “we–they” distinctions drawn in contrast between a collective self and a dominant other or multiple others to create a social distance between “us” and “them.”

Nation within Nationalism didn’t emerge carrying modern sense until 18 century (?), which means national political autonomy and self-determination. As the development of this topic, some of the scholars considered nationalism as a political mobilizing ideology and movement, aiming to create or expand a nation-state to establish the identity and uniqueness of the nation as the legitimate grounds of its political sovereignty. While some other scholars from sociology, critical theory, and media studies turned to focus on the productions and expressions of nationhood, or “nationness” in everyday situations. Those “forgotten reminders” that they take for granted are embedded in their everyday life. So they reproduce and reinvigorate “nationness” by the consumption of food, music, media, and other product defining and affirming unspoken national sensibilities.

This dichotomy distinguish “nation” into “nationalism” and “nationness” or nationhood obviously cannot answer the question above, but end up with either abstract or embodiment, political motivation or mundane life.

The author devoted great effort to collect data of this book. During August 2006 and February 2008, and also the summers of 2002, 2003, and 2005, she traveled to Tokyo, Kyoto, and Awaji Island, representing the country’s metropolitan center, traditional capital, and rural hinterlands respectively to conduct ethnographic and interview research. She also attended four tea ceremony classes in other four different sites which are her bases of exploration. She did record informal group discussions with participants and videotaped two of the classes. She also carried out one-shot visits in other ten sites, including community centers, hotels, private homes, and the headquarters of several tea schools.

She observed tea ceremony in different level of formal as both a visitor and sometimes a participant in different sites and schools. She conducted semi-structured interviews with over one hundred tea practitioners, from their late teens to early nineties. She also took field notes from nonpractitioners for discovering the relationship between these two groups of Japanese. For historical investigation, she did literature research in several Chado Research Center and National Library and also other informal magazines.

The author built up the “cultural matrix” in this part: “provides innumerable pointsof connection, nodal points where authorities try to fix meaning, and constellations around which cultural elements cohere”. “Mushin’an”, the high-ranking tea ceremony place that the author investigated is located in the business center of Tokyo. The arrangement of every room with strict function, reflects the Japanese feeling of space. The Mizuya, 4-5 mat room, hiroma, garden, and the kitchen are all in a negotiated order, which embodied “real Japanese rooms”, efficiency, observation of efficiency and convenience for other people.

Those utensils for tea ceremony, scoop, bowls, cups, and lavish objects have different meanings, aesthetic appreciation, with different color, pictures; Japanese tradition, for instance, seasonality; “good taste”, only certain of utensils can match with specific style of tea and tea ceremony, only the appropriate match is good taste. Except these, a detailed knowledge of cultural practices, historical events and figures, high cultural expertise was decoded in those utensils, too.

Formal tea drinking originated from China, Tang dynasty, introduced by monks during Song dynasty, popularized by tea merchants in 16th century. As a substitute of poetry, tea, became an aristocratic forms of display during Oda Nobunaga time (1534-1582) and then power politics, a way of doing politics which those domainal lords got political networks and confidential information. During 19th century, as the opening of Japan to the U.S., tea was considered as reviewing warrior spirit and a means of improving the society.

As the development of history, tea ceremony was also endowed with different meaning to different gender and class. For man, some officers declared it as ruling policy of Japan while other said it was connoisseurs; for women, “tea was variously depicted as an ancient pastime of the elite, a method of social exchange, a form of manners, or a spiritual endeavor, whose benefits included the cultivation of morals, good conduct, ties of friendship, and aesthetic sensibility, and training in the practicebore on the duties of a good wife and wise mother.”; for intellectuals, they made powerful discourse to show that “it is not Japanese culture that generates tea, but tea that generates Japanese culture”, or the philosophy of tea express “man and nature”, or “tea ceremony is not just an art, but also a way of refining character, religion, and even contains science.” It is the essence of Japaneseness.

Institutional analysis as an anatomy of the Iemoto

How national meanings can become invested in organizational structures that facilitate their perpetuation.

The term Iemoto refers to the person who simultaneously heads a school or style of an aesthetic activity (incense enjoyment or flower arrangement)and a family that has passed down for generations the authority to define this style. Within this system in the tea world, the iemoto gradually extended their authority over preparation techniques, the value of utensils and standards of taste. During the depression time, they expanded their tea practice to the second-class citizens, Japanese women and other new practitioners. As a national tool, the national government vested the whole power of nurturing the national spirit with tea, which give the chance to iemoto to conduct the huge tea ceremony to transmit a militaristic nationalism to the populace. The “tea saint” also helped raise Rikyu’s tea into a practice of “representative of Japanese culture”. The revival of tradition high up the political agenda, especially after WWII, tea ceremony rescued Japan form abroad misunderstanding with the ideology of “peace through a bowl of tea”, i.e. the spirit of harmony, respect, purity, and tranquility, helping the countries of the world to understand the Japanese form and Japanese heart. Furthermore, from economic and also social ascent, from production to consumption, from tea class to tea gifts, tea ceremony, as a self-contained emperor, is the essential component for anyone concerned with the recovery and promotion of Japanese Culture.

Studied that how people’s national valences were invoked in everyday life. The authority of iemoto is not simply claimed by him but recognized, validated and reproduced by his following. From the seasonal structuring of tea classes to the required etiquette channeling interactions, practitioners animate national associations as they do tea. With time spent at lessons and demonstrations that at formal tea gatherings, the dominance of pedagogy over practice brings to the explanation and cultivation. With a vested interest in their perpetuation, the contemporary iemoto system encourages the practitioners who sustain both the business and the tradition to continue not only to invoke national grounds expressly for explaining what they do, but to more quietly enact national associations when practicing tea.

If nationalism is a format designed by the government then it needs to be complete by everyone living in this “nation” from the top of political motivation to the everyday practice of individual citizens. That is what nation-work means. As the development of history, tea ceremony was promoted as the ultranationalism from both internal common sense and external understanding of Japaneseness. In the case of the Confucius Institute of China, the situation is a very different picture when considering tea ceremony or dumpling making which is also the essence part of Chineseness and been maintaining much longer time than in Japan. They were quoted as pretend to “harmoniously make dumplings” when Chinese government try to politicize it. In the ten-year-development of CI, it is exiting in the imaginary world of western ideology, its underlying meaning was being interpreted from only some aspects of characters. Tea ceremony is of course a representative of Chinese nationhood while together with other cultural activities and language teaching, it was totally different from what it means to Japan. Obviously both of them are a trying to expand “Nationalism” of each other. The difference is between practicing nationalism of Japan and presenting nationalism of China. As a national tool, by using it is always far more convincing than showing it. CI is more like a showcase for outside world, which with too much Chinese style political meanings.

Kristin Surak is an Associate Professor of Politics at SOAS (School of Oriental and African Studies), University of London, and a past Richard B. Fisher Member of the Institute for Advanced Study, Princeton. Her research focuses on international migration, nationalism, culture, and political sociology. The book Making Tea, Making Japan—Cultural Nationalism in Practice received the Outstanding Book Award from the American Sociological Association’s Section on Asia.